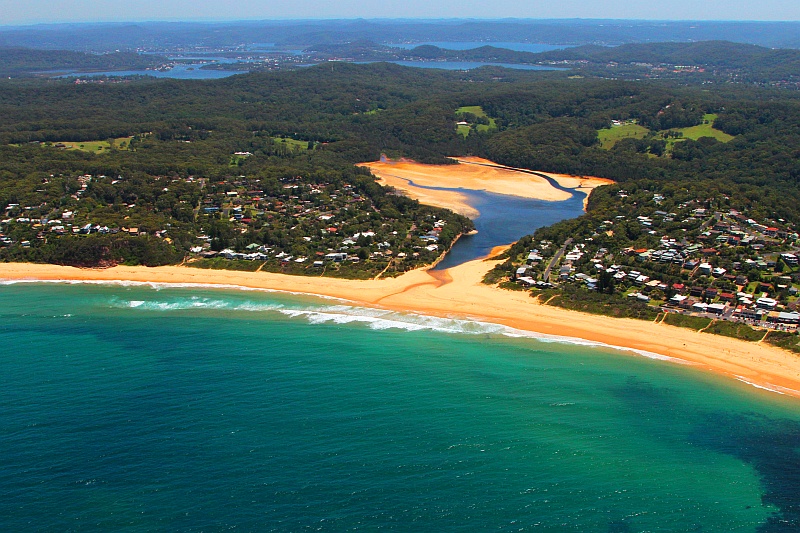 Now a popular surfing and patrolled swimming beach boasting world champion surfers, Copacabana beach also caters for the little ones with an ocean rockpool at the southern end of the beach. Situated at the northern end of Macmasters Beach, the two beaches are divided by Cochrone Lagoon, another popular spot for young families. Bring your pets along too as the area from the lagoon to the rock platform on Copa Beach is pet friendly!

The beachside town is home to a Surf Life Saving Club and features a small shopping strip with cafes, general store, restaurant, newsagent and chemist.

From April to November, humpback whales can be seen frolicking just offshore as they migrate to and from warmer waters. Head to the whale watch platform or to Captain Cook Lookout to watch the whales play and enjoy the view that stretches all the way to Palm Beach Lighthouse. Copacabana is only a short drive to Bouddi National Park where you can enjoy beautiful coastal walks, lookouts and picnic spots.

In early European settlement days, Copacabana was originally named Tudibaring, an Aboriginal word meaning ‘place where the waves pound like a beating heart’. To add confusion, the seaside town was also known as Allagai, Judi Barn, Kincumber and Macs, until 1954 when Gosford City Council granted permission to name the town Copacabana after the famous beach in Brazil.