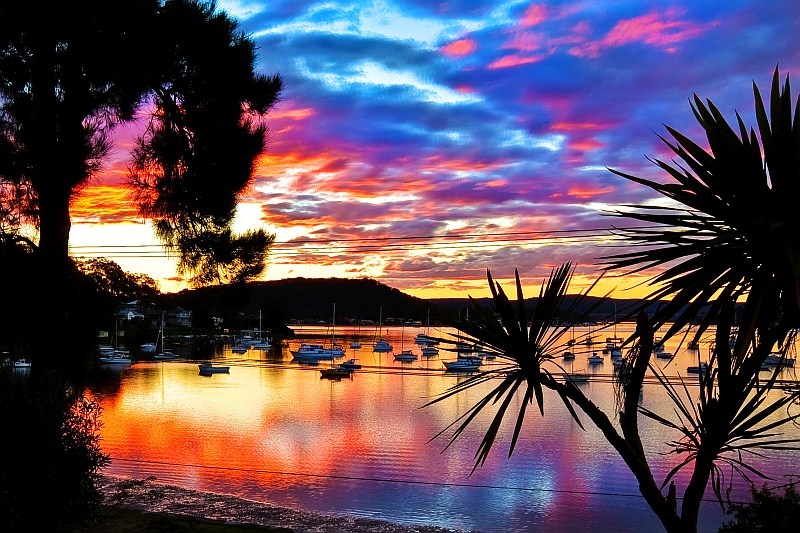 Down in the Bouddi Peninsula lies two of the Central Coast’s most exclusive towns, Killcare and Pretty Beach. Loved for their private, secluded location, these picturesque towns are a cosmopolitan retreat for celebrities and the affluential.

Named after Harry Hardy, a local vineyard owner who sold wine to local residents, Pretty Beachis home to a small array of cafes, restaurants, boutique stores and revamped boat ramp with floating plontoon. After British settlement the area was established as a fishing and farming community. The name Killcare seems to hail from early last century as “killing one’s cares”. These quiet residential seaside village is a short drive to neighbouring towns such as Wagstaff and Hardy’s Beach, and just ten minutes drive to Booker Bay, Ettalong Beach and Umina Beach.

Protected from high winds, Pretty Beach has long been regarded as a fishing resort for the serious and recreational fisherman and boating in the postcard perfect bay is a must. Surrounded by natural beauty, Pretty Beach and Killcare are within close proximity to Putty Beach, Tallow Beach and Bouddi National Park where visitors can take the walking track to Box Head. The Cockatoo Ferry runs to Hardys Bay Wharf seven days a week. Avid surfers and beach-goers will love Killcare Beach as well as Putty Beach which is tucked away in the Bouddi National Park.

Killcare and Pretty Beach look over the Brisbane Waters across to Booker Bay. Prior to European settlement, Aboriginals from the coastal Guringai (Ku-ring-gai) tribe occupied Hardys Bay and its surrounds. Evidence of their existence in the area can be seen via rock carvings scattered through the town.